From the No. 2 position on the eliminations ladder, Hagan earned his third Wally trophy of the year in a season dominated by the DSR stable of HEMI®-powered Funny Cars. The DSR foursome of Hagan, Tommy Johnson Jr., Jack Beckman and Ron Capps finished 1-2-3-4 atop the Funny Car standings and combined for a NHRA season “sweep” in which a Dodge Charger SRT Hellcat won every national event to extend the team’s undefeated streak to a record 14 consecutive victories since October 2019.

“It’s been just an unbelievable season,” said Hagan. “My guys have put an unbelievable car behind me with Pennzoil, Dodge SRT and Mopar®. Everybody who supports us. It’s great to win for Camping World and their first championship. My guys have worked so hard all season long. I can’t say enough about them and thank them. Three wins, a championship, it’s just special. I can’t wait for next season.”

“To have Matt Hagan win the championship at the Dodge NHRA Finals and cap off it off with an undefeated season and record 14th straight victory is a testament to the team’s hard work and the pure performance of the Charger SRT Hellcat,” said Tim Kuniskis, Head of Global Head of Alfa Romeo and Head of Passenger Cars – Dodge, SRT, Chrysler and FIAT, FCA – North America. “It is really satisfying to watch our quickest, fastest and most powerful production vehicles represented so well on the race track.”

“On behalf of all of us at Mopar, congratulations to Matt Hagan on a well-deserved third NHRA World Championship and a dominating performance in Funny Car competition this season,” said Mark Bosanac, Head of Mopar Service, Parts and Customer Care for FCA – North America. “Reflecting on Mopar’s long-standing involvement in the NHRA, including 18 successful years in partnership with Don Schumacher, we take great pride in this title win.”

With a two-round lead over his closest championship challengers, teammates Johnson and Beckman, Hagan clinched the crown after wins over Cruz Pedregon and Paul Lee in the first two rounds and just prior to staging his Dodge Charger SRT Hellcat Redeye for his semifinal match-up against Alexis DeJoria. The deal was sealed after Beckman was upset in the opening round against Paul Lee and No. 1 qualifier Capps defeated Johnson as the first semifinal pair to take the track.

With the 2020 Funny Car championship secured, all that was left to determine was who would take home the Dodge NHRA Finals Wally trophy as Hagan and Capps lined up for the seventh head-to-head Hellcat final round battle of the year.

While Capps had the early lead his efforts went up in smoke at half-track as Hagan took his Dodge Charger SRT Hellcat for a solid 3.914-second final lap to earn his 36th career victory and defend his 2019 win at The Strip at Las Vegas Speedway and tie the NHRA reco

“Dodge and the DSR fab shop, they’ve put a great race car underneath us,” said Hagan. “My crew chief Dickie Venables, I can’t say enough about the guy. He’s won me two world championships (2014, 2020) and we’ve runnered-up a few times. There’s a handful of guys on this team who haven’t won a championship before. I’m just so proud to give them that opportunity and I know how bad everybody wanted it.

“For us to have won three world championships now in this sport, it’s incredible,” added Hagan. “It all comes back down to my guys and the car they put under me. It’s not just me. I try not to mess it up. This is one of the most humbling sports I’ve been involved in and it always seems to come down to the last race and that certainly doesn’t make me look any younger. Thank you to everyone who supports what we do and we hope we made you proud to be a part of this.”

The Top Fuel season wrapped up with Leah Pruett racing her Mopar Dodge//SRT dragster to semifinal finishes in three of the first five races, a runner-up finish at the U.S. Nationals, and another semifinal finish at the Gatornationals, making her a top-three championship contender for most of the year. Pruett remained in the hunt until the penultimate race of the year when eventual title winner Steve Torrence’s points lead was insurmountable. Pruett turned her focus to finishing strong by taking her fierce-looking Dodge Charger SRT Hellcat Redeye dragster to the quarterfinals in the season finale to match her career-best fourth place finish in the Top Fuel standings for the third consecutive year.

Pruett also spent time behind the wheel of her Mopar Dodge Challenger Drag Pak alongside teammate Mark Pawuk in Factory Stock Showdown (FSS) competition in 2020. Winner of the 2018 class title in her rookie year, Pruett took on the challenge of battling against a competitive  field of 30 entries by scoring two round wins, but is now looking forward to making a return to competition next season aboard a new 2021 Dodge Challenger Drag Pak.

Pawuk made positive gains aboard his Empaco Equipment Mopar Drag Pak throughout the six-race season as he battled atop the Factory Stock Showdown standings with a runner-up finish at U.S. Nationals and back-to-back semifinal results at the Dallas FallNationals and Houston’s Mopar Express Lane SpringNationals (rescheduled to the Fall). Pawuk’s solid performances garnered him a third place finish in the Factory Stock Showdown championship won by Aaron Stanfield.

The Mopar Dodge//SRT contingent will return to competition in the spring for the NHRA’s 70th anniversary season. The 2021 NHRA Camping World Drag Racing Series season with feature a 22-race schedule that will kick-off on March 12-14 at the 52nd annual Gatornationals at Gainesville Raceway. 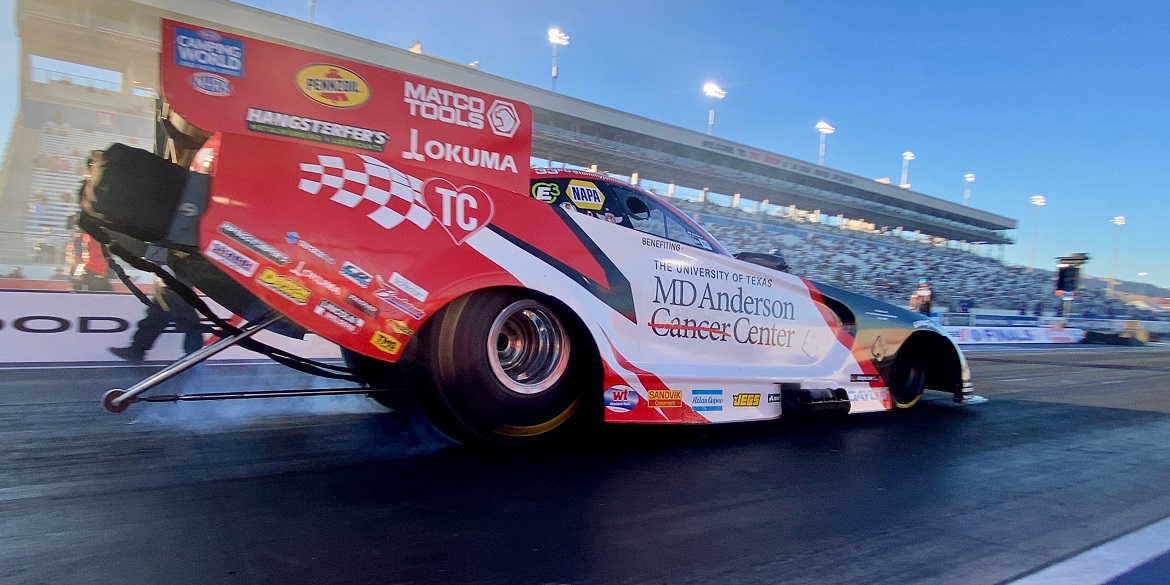