American car culture is at its peak in Southern California and Dodge was in the middle of the action at this past weekend’s Mecum auction at the Pomona Fairplex. Thousands of enthusiasts came out to bid on classic and collectible cars, plus catch some serious drifting with our Dodge Thrill Rides.

Speaking of Thrill Rides, while chatting with the folks in line, I met the owner of this 1965 Dodge Coronet A990 replica. He’s had a number of Dodge vehicles and you could really hear the passion as he told me about the build of this car and how much it meant to him. The ’65 Coronet was a very successful racer in its day, made popular by famous racers like Roger Lindamood and his string of “Color Me Gone” drag cars, and this one was done to keep that tradition alive. Featuring a 528 HEMI® and those impossible-to-miss intake stacks, it makes a statement even before you fire up the engine. This one didn’t make its reserve during the sale, which means you could still buy it through Mecum’s “The Bid Goes On” program.

Other notable Dodge vehicles at the auction include:

1966 Coronet Convertible with a 383 and fantastic red paint over white interior and top. The restoration is a bit old but it still looks fantastic. It sold for $23,650.

In 1971, Dodge brought out a brand-new body style for the Charger and it’s starting to appreciate. This Super Bee features a 383 and pistol grip 4-speed, and the frame off restoration was done very well. It sold for $42,900.

We previewed the “Demented Dart” ’68 HEMI Dart Super Stock in our previous article and the bidding went up fast when it rolled across the block. It’s one of only eighty ever produced; and while it made it up to $110,000, it moved to “The Bid Goes On.” Dodge Thrill Rides ran all weekend, as we drifted brand-new Charger and Challenger SRT Hellcats through our specially designed course. We get asked often about tire wear; we go through a LOT of them! Watch for a future story specifically on the care and feeding of these working cars as we slide you sideways at events across the country. 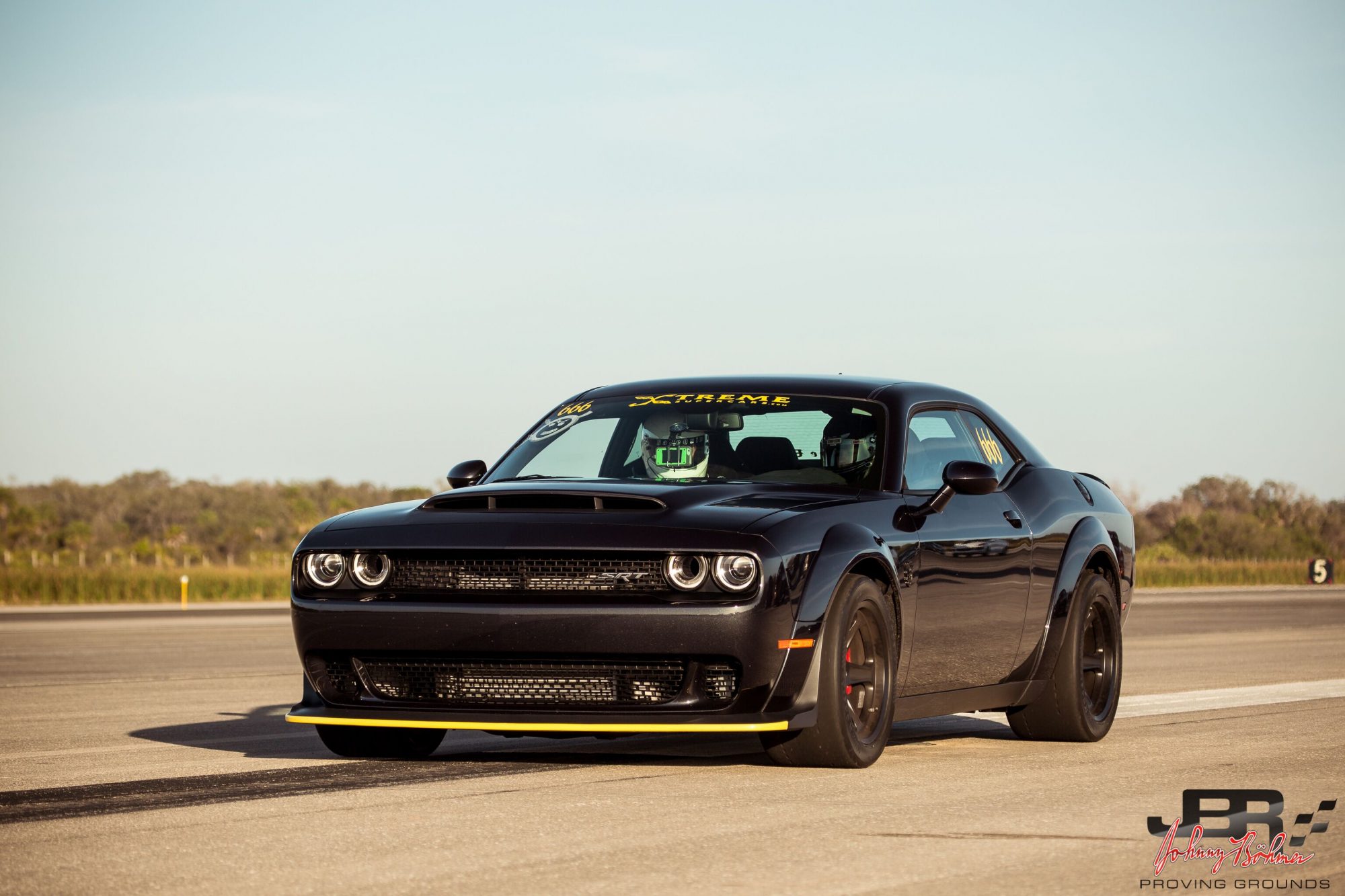 203 MPH and Top Speed yet to Be Reached