Before the 2018 arrival of the 9-second Dodge Challenger SRT® Demon, the 1968 LO23 HEMI® Dart reigned as the most extreme example of a factory-built drag racing machine in history. Only 80 HEMI Darts were built (plus 70 similarly prepared Plymouth BO29 Barracudas), but enthusiasts are still raving about them…a full fifty years later. For many stalwarts, this “changing of the guard” has been hard to accept. A brand-new car, with air conditioning has usurped the king! But it’s an amazing fact. For us at Dodge Garage, all that matters is they’re both Dodges!

So what made the 1968 LO23 HEMI Dart such an industry breakthrough? Simply stated, while all prior Dodge (HEMI) Package Cars were based on the mid-size B-body platform, the Dart was based on the compact A-body, which was a good 10- to 15-percent smaller in most regards. So when the 426 Race HEMI was installed, the power-to-weight ratio was off the charts. The HEMI Dart was the automotive equivalent of dropping an atom bomb on the competition. Nothing came close.

With its advertised shipping weight of 3,020 pounds, the HEMI Dart was built for NHRA Super Stock (SS) competition where contenders weighed between 0.00 and 6.99 pounds per advertised horsepower. At the time (and since), no competing car maker challenged the HEMI Dart with a similar small-car-big-engine combo. So more often than not, HEMI Darts wound up racing each other or dropping into Modified Production classes where they faced home-brewed hot rods rather than factory-built acceleration packages.

That said, more than any previous Dodge Package Car that came before it, the 1968 LO23 HEMI Dart was supplied to buyers in semi-complete form; heck, they weren’t even painted! The raw material was baked in, but much like the 1967 WO23 Coronet, the HEMI Darts incorporated mild Street HEMI camshafts. The stock .484/.475-inch lift unit was (probably) intentionally used to force racers to “blueprint” their HEMIs for ultimate power and race day victories.

Two departures from the WO23 strategy of 1967 were factory installation of Hooker headers (the customer no longer had to do it) and inclusion of an aluminum (1964 style) cross ram intake manifold with dual 735-cfm Holley four-barrel carbs. To feed them, a huge fiberglass “dust pan” hood scoop was designed and included as standard equipment. Menacing and austere, yet highly effective, this scoop became a must-have bolt-on accessory for Mopar® street and strip warriors ever since. The twin support struts were even incorporated into the 2018 Dodge Challenger SRT Demon’s hood scoop in respectful tribute.

Since the HEMI A-body was slated for top-level NHRA Super Stock competition (instead of the more earthbound “Stock” classes), the rulebook was more liberal. For instance, lightweight fiberglass body panels were legal, as were drag slicks up to 10 inches in width, a huge number at the time. Thus, the HEMI Darts (and Barracudas) were equipped with fiberglass front fenders and hoods, a no-no in A/Stock (the next class below Super Stock). And because the stock Dart rear wheel opening was semi-skirted, trimming was performed to prevent tire contact (the Barracuda’s larger wheel openings were not affected).

Knowing these little bombs would easily break the 130-mph mark at the finish line, Chrysler engineers elected to forget drum brakes and whipped up a special set of front disc brakes based on 4-piston police car items. Though they weighed more than the 9-inch Slant Six drums or 10-inch V8 drums available in the Dart parts bin, the featherweight fiberglass front clip more than made up for it. Thus, the HEMI Dart was the first Dodge Package Car equipped with front disc brakes.

Inside, the now-familiar Package Car recipe of thin carpeting, twin Bostrum A100 van seats (24 pounds each), rear seat, radio and heater deletes trimmed excess flab. One exotic detail was the use of ultra-thin Chemcor door glass. Supplied by Dow Corning and only 0.080-inch thick, they were raised and retracted by re-purposed seat belt webbing.

Another move to shed a pound or two was the elimination of the door-mounted rear-view mirror. Since all Dart (and Barracuda) door skins were pre-punched with circular mounting holes, a unique rectangular block-off plate had to be made to finish the surface. Other tricks included “chemical milling” of the doors, bumpers and decklids to reduce weight. To meet the rule book’s mandate for a “road-legal exhaust system”, each header fed into a lightweight “glass pack” muffler which was suspended ahead of the rear axle (a Dana 60 on 4-speeds, an 8-3/4 with the 727 TorqueFlite automatic).

As expected, the HEMI Darts and Barracudas rolled off their respective trailers and cleaned up (the days of driving to the track were over by 1968). Before preparation, they were nearly a full second quicker than any previous HEMI Package Car. At the 1968 NHRA Spring Nationals, held in Englishtown, New Jersey, Ronnie Sox’s shiny new HEMI Barracuda ran 10.30s, nearly 6/10ths of a second under the existing national record!

From there on, the HEMI A-body legacy grew from strength to strength – attracting plenty of politicking and whining from its victims. Today, they’re still among the fastest and most popular carbureted door slammers in professional NHRA drag racing. 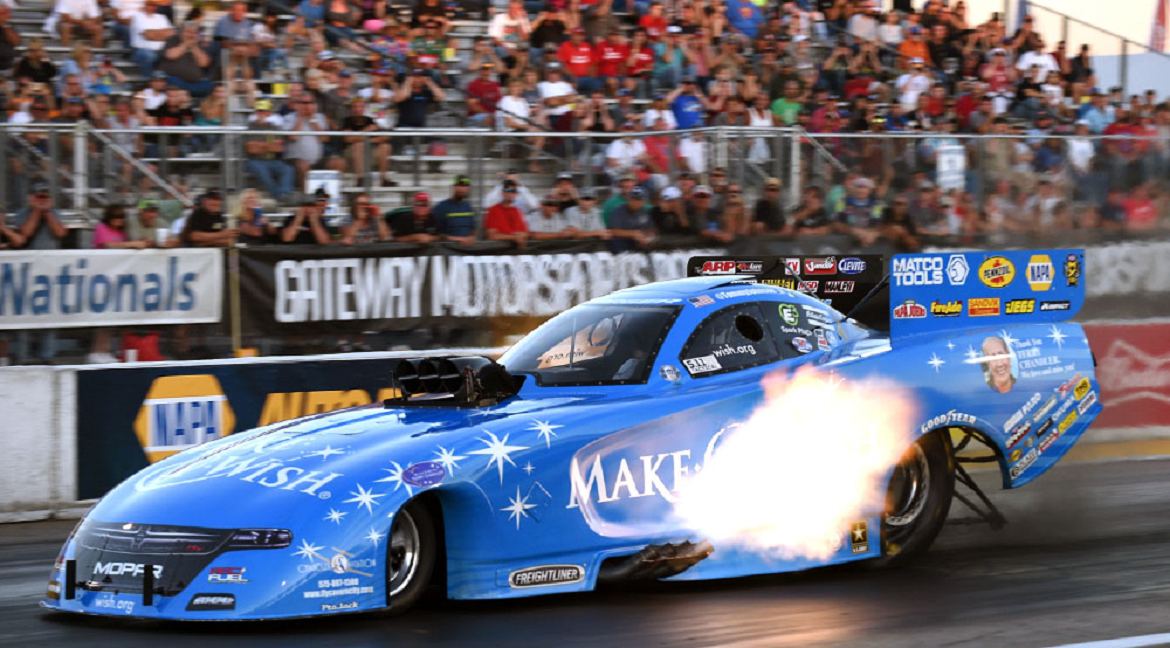