Of the many ways available to carmakers to spread the word on new models, car magazine ads were one of the mainstays before the digital age. In the new series “Pages From The Past”, automotive historian Steve Magnante highlights some of Dodge’s most successful magazine campaigns. With the perspective of hindsight, close examination of these ads can reveal interesting details and surprises.

There you were with your plug wrench clenched in a set of badly battered knuckles, wiping the other paw on the back of your jeans, when this black maw of a grille attached to a wingless Mach 2 jet throbs up. “Ha,” you scoff. “Bet he has to beat it with a whip to even get it out of the garage.” With a snick that can only mean close-coupled four-speed and a howl that says 440 cubes of mean, it disappears. Charger R/T just arrived. End of the road for the do-it-yourself kit, Charlie.

Let’s kick off our Pages From The Past series of great Dodge marketing retrospectives with perhaps one of the most exciting magazine ads from Dodge’s muscle car years, the fabled “Ramrod” ad for the all-new Charger R/T. Appearing in late 1967 and early 1968 in most of the major enthusiast magazines, the ad was part of a campaign of similarly designed ads using a bold, bright red catchphrase or motto superimposed over action photographs. These ads promoted the entire range of Dodge high-performance cars through 1970 and typically appeared on the inside front or back covers of the top magazines, expensive real estate indeed!

The entity responsible was Dodge’s ad agency – Batten, Barton, Durstine & Osborn (BBD&O) – had grown in strength ever since first representing the brand in 1960. For 1968, Dodge marketing mavens, working with the BBD&O team, conjured the Scat Pack, a sort of brotherhood club under which all Dodge muscle cars formed ranks in a show of force against all competitors. Another brilliant flash of inspiration was the idea of applying adhesive-backed vinyl Bumblebee tape stripes to the rear quarter panels of all muscle models (which could be deleted using option code V86 for those wishing to maintain a low profile). To establish a consistent marketing message, every ad contained the banner reading: “Dodge Scat Pack, the cars with the Bumblebee stripes”.

And few Dodge Brand vehicles wore the fabled Bumblebee stripes better than the 1968 Charger R/T, as featured in this story. Unlike the 1966 and 1967 Chargers, which – at a glance – looked like standard Coronets with a hastily grafted-on fastback roof (but were actually jam-packed with exclusive features like electrically operated metal hide-away headlamps, electro-luminescent instruments, four-place bucket seats and other exotic goodies), the 1968 model looked far more muscular with bulging fender arches, knife-edged “flying buttress” B-pillars and a sinister recessed grille. Sales exploded from 15,788 in 1967 to 92,590 in 1968.

In this ad, the reference to “the end of the road for the do-it-yourself kit, Charlie” was an acknowledgement to the fact that many adult hot rodders – who’d been tweaking cars since the immediate post-WWII years – initially saw factory-built muscle cars as “the easy way out.” They were used to the fact you had to swap engines and modify suspensions and brakes – usually outside in the driveway – to get improved performance from any showroom stock new car. But that all changed with the dawn of the muscle car movement in the early ’60s. By 1968, any Dodge dealer could sell you a brand-new car with just as much power as any traditional home-brewed hot rod.

Here, the R/T emblem – subtly enhanced to stand out against the black grille – tells us the feature car is a Charger R/T, the most potent version of the sleek new breed. Launched in 1967 aboard the Coronet platform (but surprisingly not offered with the 1967 Charger), R/T stood for road and track, inferring the car was equally at home on the street or raceway. Unlike certain competing muscle car offerings, which were option groups added to the vehicle platform, R/T’s were specific models with their own VIN codes.

As with the 1967 Coronet R/T, the 1968 Charger R/T came standard with the 375-horsepower 440 Magnum, which was a full 40 cubes bigger than its closest competition from GM. Better yet, with 480 foot-pounds of torque, the Charger R/T was the undisputed king of twist, requiring the brute strength of Dana 60 series rear axles (included at no extra charge) when the 4-speed manual transmission was ordered for $188.05. Automatic-equipped Chargers (regardless of engine) got the beefy Chrysler-built 8-3/4 Hotchkis-type rear axle.

The main image – likely shot at the Chrysler Proving Grounds in Chelsea, Michigan – depicts a tasteful FF1 Light Green Metallic Charger R/T boiling the F70-14 skins into smoke. Inside, the stoic driver – wearing hip sunglasses – calmly guides the smoking missile past the camera. The standard-issue F70x14 red line tires are mounted to optional Chromed Road Wheels, a $97.30 upgrade over the base 14×6 steel wheels and center caps supplied on all Chargers, including the R/T. These wheels were first offered in 1967 on all Dodge, Plymouth and Chrysler mid- and full-size models and were manufactured by the Motorwheel company, which also sold them over the counter at speed shops under the Magnum 500 brand. Interestingly, these wheels were redesigned for 1969 without the chrome plated hoops. In their place, brushed stainless trim rings were used in a move likely made to cut costs.

Continuing our scrutiny of the camera car, lets zero in on the space between the twin door scallops. The absence of a small rectangular emblem with the letters H-E-M-I tells us this is a standard 440 Magnum-equipped Charger R/T (L-code in the fifth spot of the VIN). It took an additional $604.75 to get the legendary Street HEMI® (J-code in the fifth spot of the VIN) engine, and only 475 were built. But it’s not as if Dodge was trying to hide the mighty HEMI engine, its listed with a single effective line reading; “Optional The HEMI-425 HP”.

Dodge imposed some inconsistent restrictions on HEMI engine availability for 1968. While in 1967, the HEMI engine was only available aboard the Coronet R/T (and not aboard lesser Coronet Deluxe, Coronet 440 or Coronet 500, though a handful of non-R/T Coronets still managed to get built), in 1967, any Charger could be had with the HEMI engine option and 118 were built. But here’s the rub, in 1967, there was no Charger R/T – again, the R/T moniker was reserved solely for the Coronet. So when the Charger R/T arrived for 1968, the HEMI engine (and 440) were exclusive to it. The hottest engine available in non-R/T Chargers was the 330-horsepower 383 Magnum (H-code in the fifth spot of the VIN).

Today, any Charger R/T is a solid investment piece and happily Dodge has revisited the Scat Pack dynasty with ultra-potent 392 HEMI engine-powered Chargers and Challengers that are available right now at your local Dodge dealer. When you look at this ad from 1968, don’t forget, it all started here!

Dodge Power Parties Are in Full Swing at Mecum Kissimmee 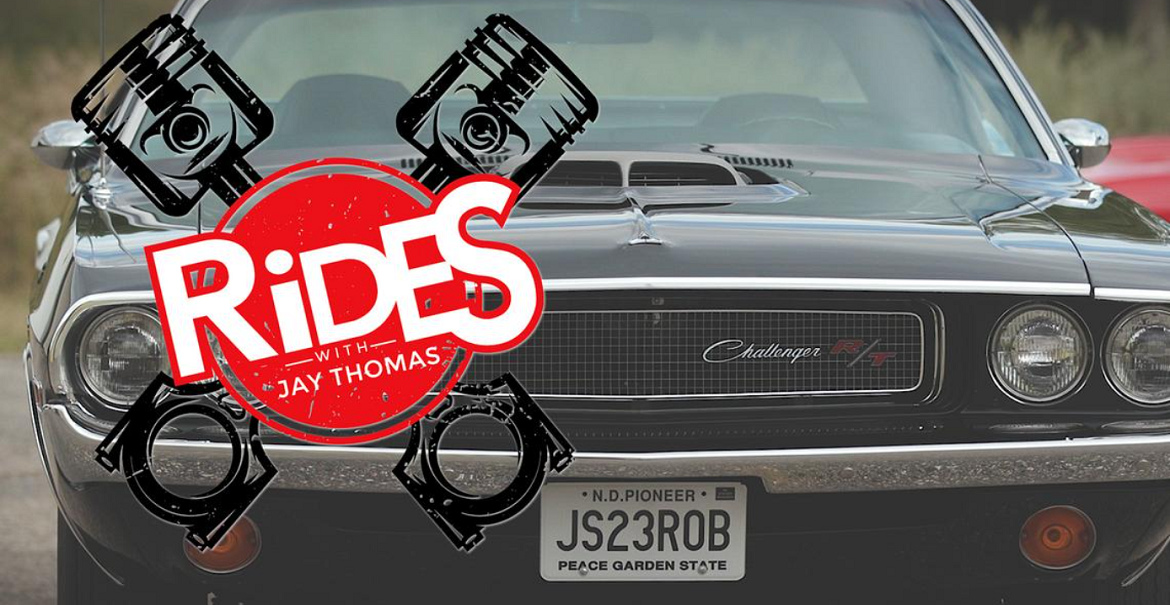 Less Than a Year to Restore This Beauty