In Stock Eliminator, Jack Zimmerman of Clemmons, North Carolina, advanced to the third round in his B/SA 1971 Dodge Challenger R/T featuring a 440 Six Pack V8. There, he made his best pass of the elimination rounds despite being bested by just two feet. Zimmerman turned in a 10.407-second lap on a 10.40 dial-in with a speed of 125.30 mph. He had a .067-second reaction time.

Zimmerman and Thurston were each named the Dodge Top Finisher of the event. The program provides $500 to the Stock Eliminator and Super Stock Eliminator drivers who advance the farthest at all 24 NHRA national events. Zimmerman also won the award during the Four-Wide Nationals at zMAX Dragway in the spring.

In class racing during the Carolina Nationals, David Collette of Perryville, Maryland, took home a Wally trophy with the FSS/F victory in his ’11 Challenger. 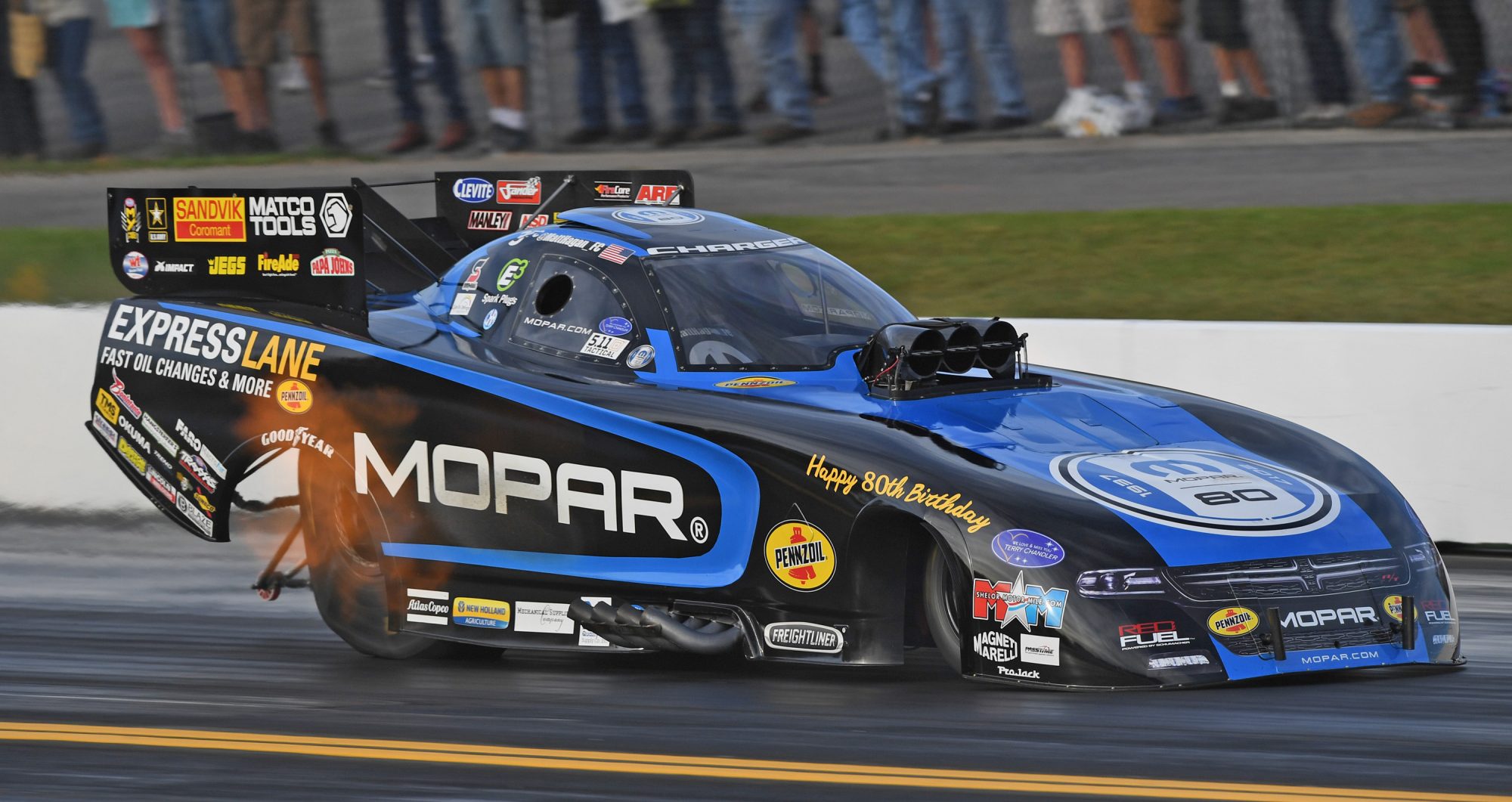