Yantus, who earned the No. 1 qualifier position aboard his ‘68 HEMI-powered Plymouth Barracuda with an 8.477 second, 158.50 mph pass, put together a string of quick and consistent elapsed time laps at 8.412, 8.452 and 8.413 seconds through eliminations with a solo run and wins over Russ Campbell and past winner Bucky Hess (2001). He advanced to his first Dodge HEMI Challenge final round showdown to face Steve Comella who had qualified 15th but made his way to his first final as well with wins over Jim Pancake, Gary Wolkwitz, and Steve Kent.

In the all-Cuda final round, Yantus beat Comella off the start with a 0.030 to 0.062-second reaction time and led the way to his quickest run of the weekend; an 8.410 second pass at 158.28 mph. With the win, Yantus earned his first coveted 42.6 lbs. Dodge HEMI Challenge trophy uniquely-crafted with a 426 HEMI cylinder head along with a $15,000 award.

“We kept on plugging away, kept on chugging, and my whole team, my owner of the car, (engine builder and past winner) Charlie Westcott and Militia Racing Products built me the baddest bullet on the face of the planet,” said an emotional Yantus of the collaborative effort it took to get to the winner’s circle. “I mean that thing went 40s all day and we were the only car in the 40s. I owe everything to my whole crew and all of them. I was at driver and I got the call with this bad car. I’m just grateful just the we got down through here. You know, we’re all drag racers and they say sometimes you got to get lucky rather than be good. I got a lot of luck but the car hung itself out every time and we never slacked off. We had it on kill all day. It went .049 (seconds), 45, and back-to-back 41s. I can’t thank (engine builder) Charlie Westcott enough for what he does for us and this crew. It’s just a dream come true. We’ve been chasing this for a long time along with our families. It’s really emotional and I just I can’t thank everybody enough for making this happen.”

The victory by Yantus ended the four-year reign of Jimmy Daniel who had qualified No.2 in his 1968 Dodge Dart amongst the 15-car field of contenders. Daniel suffered his first-ever defeat since taking the wheel from his father Jim Daniel Sr. in 2016 against Jim Teuton in the first round of eliminations with an 8.60 sec. to 8.58 loss.

Prior to the final round, guest of honor and legendary Mopar® racer, Herb “Mr. 4 Speed” McCandless, led the parade of Darts and Barracudas that participated in this year’s Dodge HEMI Challenge down Indy’s fabled return road aboard his own original 1968 Super Stock HEMI Dart in celebration of the classic muscle cars that contributed to Mopar and Dodge brands’ legendary reputation and success at the drag strip. Highlights of the final elimination round of the Dodge HEMI Challenge, as well as the parade of participating Darts and ‘Cudas, will be shown during coverage of 66th annual NHRA U.S. Nationals on Sunday, September 6 from 11 a.m. to 1 p.m. (EDT) on FS1 and then on the FOX national broadcast network from 1-4 p.m. (EDT). 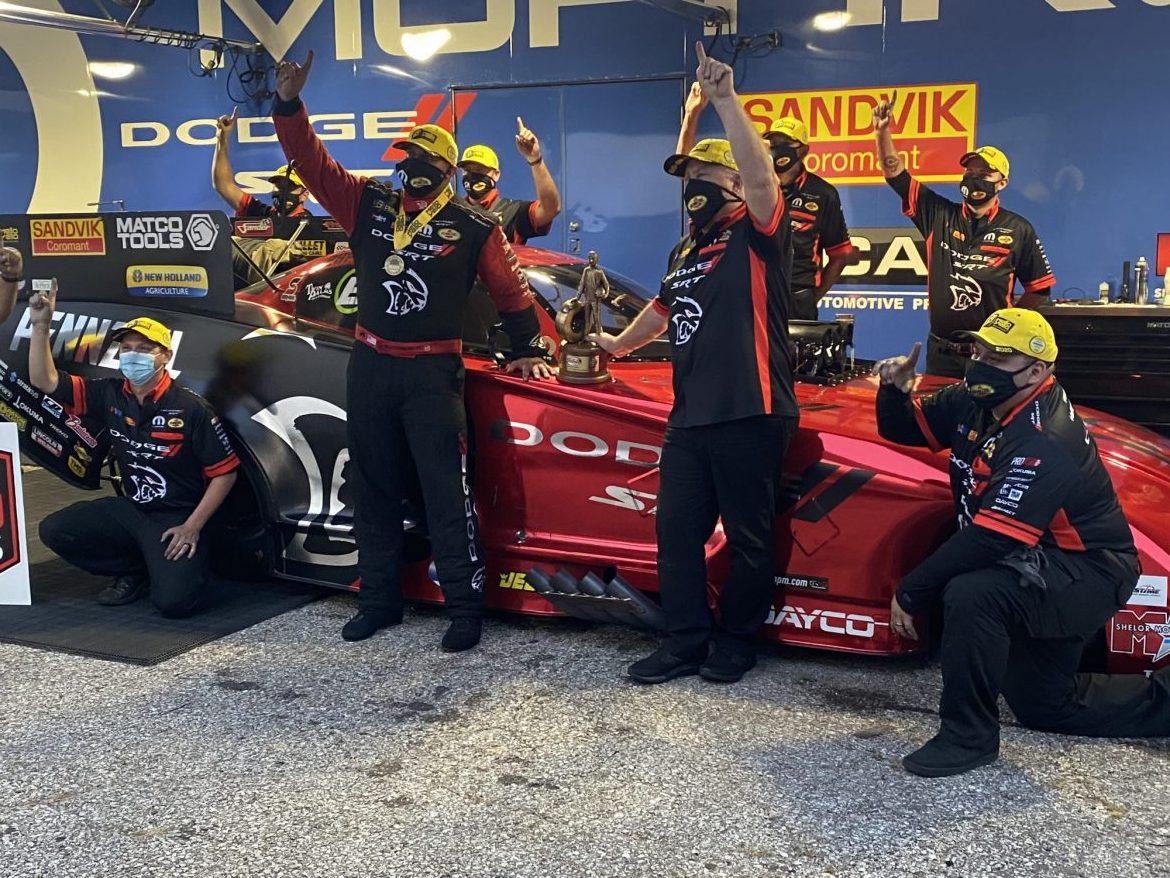 DSR Teams Are Heating Up The Track at NHRA U.S. Nationals

Modern Muscle Learned from the Best