The Miller Bobcat generator snapped to life as one of us held the toggle switch up to turn it over. A few minutes prior, a handful of new apprentices, myself included, snuck towards an unused room at the back of the UAW/Chrysler National Training Center. This was a covert operation; we were still weeks away from officially beginning the welding portion of our class. But now we gathered around the Bobcat and a table with a couple of chunks of metal sitting atop, ready to rock. I was handed a stinger with a 6010 electrode and it felt as though Prometheus himself was bestowing this humble human with a gift from on high. I took the holder with my right hand, flipped down the helmet, steadied myself with my left hand, and jabbed the electrode towards the steel. The arc sparked and I was welding! I was playing with fire, harnessing the tool of the gods, and had turned two pieces of steel into one with my own two hands! What an extraordinary feeling. Majestic! Spiritual, even.

“Josh…uhh…there are flames shooting up your pants.” And so it was, my very first time welding, I also ingloriously set myself on fire. This would turn into a common theme for my life: yin and yang, good and evil, dark and light, the duality of man. Not so much a roller coaster ride as some type of pawn in a theoretical physicist’s imagination, existing in both extremes at the same time. That being said, incinerating one’s jeans and perhaps coming away with a scar or two is the least I could do in exchange for the joy of the knowledge of welding. That initial fiery attempt at arc welding came in November of 2002, and while my welding did not turn into art immediately, the art of welding became my pursuit. From that point until 2009, I was a millwright at the Mack 2 Engine Assembly Plant in Detroit, Michigan. While the job entailed operating forklifts and cranes to move machinery, going up many stories in boom lifts to repair hoists, and climbing into greasy pits to work on conveyors, we were also responsible for the majority of the welding in the factory.  Mig, tig and stick were the welding processes I learned from the journeymen there, most of whom were talented and highly experienced tradesmen and more than willing to share their knowledge with this punk kid. They showed me how to fix cracks in tool steel details, fabricate carts to hold production cylinder heads, install catwalks above assembly lines, and everything in between. I had a preternatural welding instinct and a drive to master the craft, and they respected that. Never before in my life had something felt so much like it was what I was “supposed” to be doing.

While production was running, we were basically on standby; we couldn’t be tied up with other in-factory projects, as we had to be primed to jump on unplanned problems to keep the assembly and machining lines moving and downtime minimized. A 12-hour shift would usually entail either the first or last 4 hours on preventive maintenance or a specific project, and the remaining 8 covering production. I spent countless “standby” hours sitting at the welding table with a Syncrowave 350 and piles of whatever metal I could fish out of the scrap bin. Obsessed would be an understatement, I ran bead after bead until either a job popped up or it was time to clean up and clock out. It wasn’t long before I became the “go to” guy for tricky tig welding jobs, and I welcomed all challenges. Eventually, the practice welds went from overlapping stringers to an arrangement of abstract designs and patterns formed by the beads and the colors they’d leave on the metal. I started “writing” names on stainless steel to make keychains for gifts to friends and family. “Tattooed Metal” as I dubbed it. Nuts and bolts and scrap tools turned into tractors for my grandpa and a motorcycle for my dad. It had long been clear that welding was going to be a bigger part of my life than just “work”, and in 2007, I set up a small fabrication shop in my home garage. I’d put in 12 hours days, 7 days a week at Chrysler, then spend another 30-40 hours/week in my garage searching through junk and welding pieces together until they looked like something. Pictures of my creations showed up in online message boards and requests for commissioned pieces soon followed. Finally, at the beginning of 2008, my wife, Darla, and I founded Brown Dog Welding.

Tomorrow, we continue the journey in Part 2 – Art Evolution.

Roots of the Dart Dynasty and ‘Cuda Kingdom – Part 1 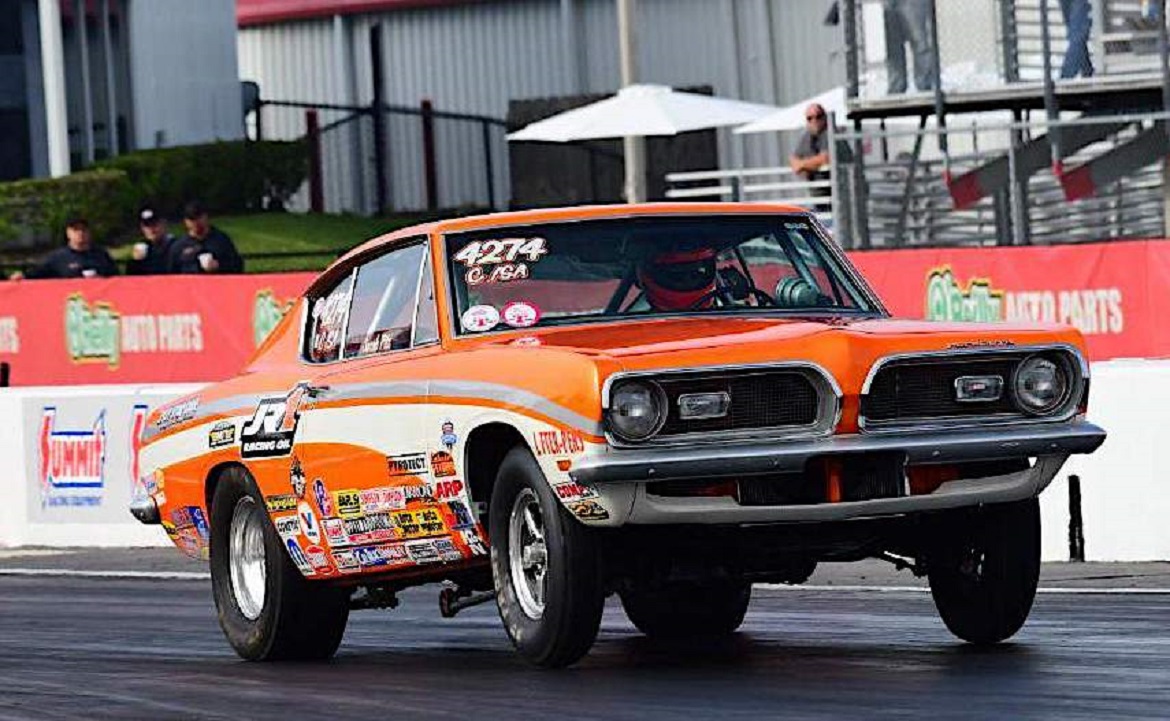